WHEN DID QUAKERS COME TO CORK?

Quakerism was first brought to Cork by Elizabeth Smith and Elizabeth Fletcher in 1655. Some of the first Quakers were Cromwellian soldiers, who saw that violence and fighting were not consistent with the peaceable message of Jesus Christ. Obediance to the radical message of Jesus implied social change and service, and ruled out violence.

The Quaker Meeting House at Grattan Street was originally built in 1678, and was subsequently rebuilt and renovated a number of times. The building as it now stands was completed in 1834, when there were about 280 Quakers in Cork. The design was by the Quaker architect George Beale and cost £3,338.The building is now owned by the Southern Health Board.

William Penn (1644–1718), the founder of Pennsylvania, started his life as a Quaker in Cork. He inherited estates at Shanagarry. When he heard a visiting Quaker, Thomas Loe, preach “There is a faith that overcomes the world and a faith that is overcome by the world,” he knew that message was for him – appropriate for a man who went on to organise a political state based on principles of tolerance and democratic discussion. Pennsylvania became a refuge for people from all over Europe who sought religious tolerance. As long as the Quakers were in charge of the governent, relations between them and the Native Americans were based on mutual respect and trust, and were peaceable.

Joseph Pike (1657–1729) was the son of Richard Pike, a Cromwellian soldier who died of maltreatment he received when he became a Quaker. Joseph Pike became a very successful merchant and banker. He wrote a book about Quaker beliefs, such as the idea that our lives can be transformed and shot through with the Divine.

Samuel Neale (1729–1792), who lived at Glanmire, was regarded as a very spiritual man, who helped to reform Quakerism in the mid-18th century. He had a special gift for ministering in Quaker meetings and elsewhere, and traveled to England, Wales, Holland and even America to encourage deeper probing of the Christian message.

Numerous Cork Quakers acted to try to improve the situation of their fellow women and men. A Youghal Quaker, Anna M. Haslam (nee Fisher) (1829–1922) was a pioneering feminist. The baker William Martin (1772– 1853) was a leader of the teetotal movement, who took up this cause when he saw the damage that alcohol did in so many families. It was he who persuaded Theobald Mathew, known as Fr. Mathew, to take up the cause of teetotalism.

An old Cork song mentions a number of Cork Quaker families: “Baker and Wright, Harris and Beale, Newsom and Pike, and old Becky Haughton.” There were many others of course. Today there are many new names as well. 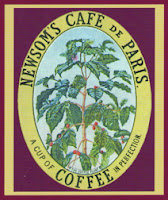 Early Quakers were sometimes not very popular, because their religious views seemed so unconventional Some were very successful in business and became wealthy, which was not always good for their spiritual lives, which strived for simplicity. Many lived around the cenre of Cork, and worked as merchants, small shopkeepers, and tradespeople or clerks. The 19th century Quaker Abraham Beale owned an ironmomgery business at Patrick’s Quay and a spade mill at Monard. Carroll’s Quay and Penrose Quay are both named after prominent Quakers. The original office for the Quaker-initiated St. George Steam Packet Co. still exists. At French Church St. and Patrick St. were the Newsoms, still remembered for their grocery business. Several other Quaker businesses, such as the Sikes tea business and the Wrights, were in Patrick St., and the Haughtons at one stage owned an ironmongery at North Main St. Other well known Irish businesses founded by Quakers include Jacob’s Biscuits and Bewley’s Tea & Coffee.

Some Quakers owned large houses in what were then suburbs. “Bessboro” was the home of the Pike family. There were the Carrolls at Hyde Park and the Penroses at Woodhill, the Haughtons at Cleve Hill and the Harveys at Tivoli and Pleasant Field. The days of the big houses are gone, but the work of these old Quaker families helped form the city of Cork that we know today.

In 1846, the Quakers set up a famine relief committee. The Cork Auxiliary was the first to be set up. Ebenezer Pike offered a premises at Adelaide Street and obtained large iron boilers to prepare soup, which. was provided at one penny to each who had that much to spare, or else it was given free. Quakers also worked with both Catholics and Protestants to help them provide  similar services. Many people died from cold and fever as well as hunger. Women Quakers set up committees to produce warm clothes. Quakers could only do so much, but many others from England, America and elsewhere assisted. With their wide contacts, Quakers were able to collect money and import grain and food supplies. The US and British governments made ships available for this.

The new meeting house is located next to the 17th-century Quaker Burial Ground on Summerhill South; it is set back from the road on a grassy slope and is surrounded by a high wall.The building was designed by WH Hill and was purpose built in 1938.  It still serves Cork’s dynamic and growing Quaker community today. 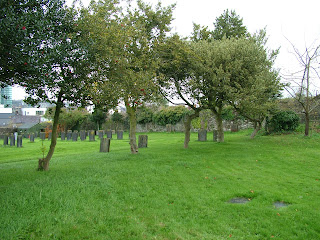 The burial ground lies to the rear of the building, where neat, plain grave stones mark the final resting places of many Quakers. This burial ground is an interesting reminder of the religious diversity which was associated with Cork city during the nineteenth century. The simple, well-executed headstones are representative of the form and design of Quaker grave markers, and were clearly executed by skilled craftsmen.  The headstones are all the same size and shape, and nearly all use the same simple lettering - a reminder that we are all intrinsically equal, in both life and death. The burial ground offers an unexpected, refreshing green space near Cork city centre. 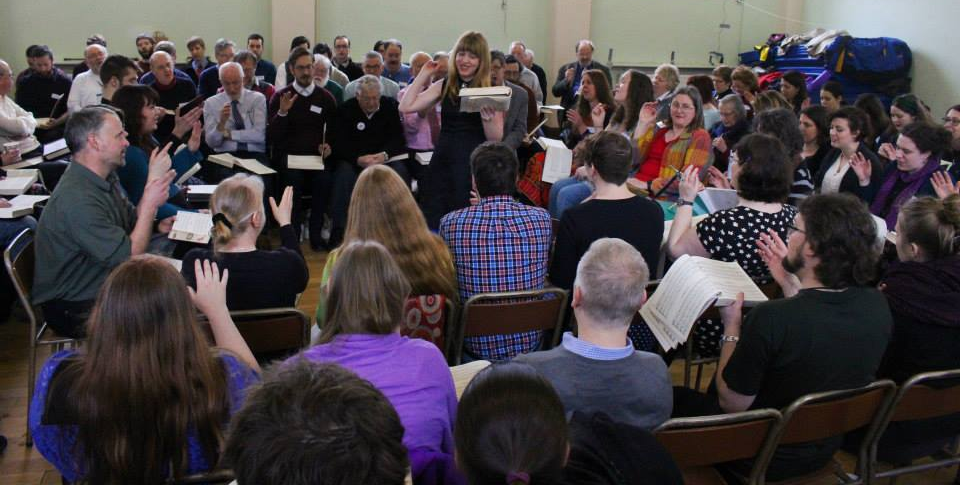 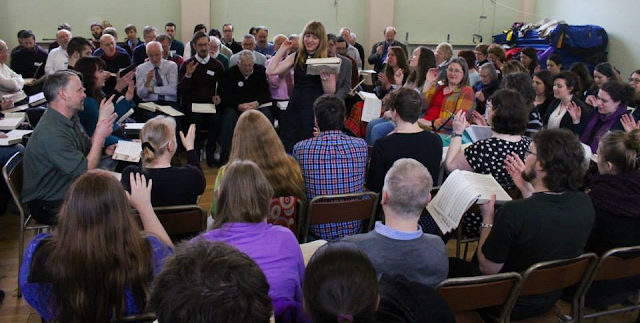 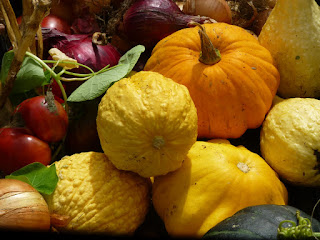 Ireland's Quakers may keep a low profile, but their contribution to the shape of modern Ireland shouldn't be underestimated. And this group, like so many others, is using the Gathering to celebrate their remarkable history. The Society of Friends or Quakers made a crucial contribution to business and economic development in this country. In the early part of the 19th century over 8,000 people were employed in Quaker-owned industries in the town of Mountmellick, Co Laois in brewing, milling, textiles, tanning and engineering. Indeed, the town became known as the 'Manchester of Ireland'. This link with the Irish business sector remains strong and many Quaker names are still prominent in trading circles, including such stalwarts of the scene as Jacobs, Odlum, Pim, Goodbody and Bewley.  Even more important is the peace and reconciliation work done by the Quakers in the North from the beginning of the Troubles, and before that the heroic relief work undertaken dur
Read more

The “Religious Society of Friends” was founded in the 1650’s in Northern England by George Fox and assorted like-minded “seekers”. This religious movement arose from the foment of civil war and religious dissent in mid-17th-century England, and was fueled in part by disillusionment with the established churches of the time. Members first began to be called ‘Quakers’ soon after the foundation of the Society; this is really a nickname, but is now more commonly used than the official title. The words ‘Friend’ and ‘Quaker’ are interchangeable. The central basis of Quakerism is the belief that each person can make direct contact with the Divine, which led Quakers to reject the need for clergy to act as intermediaries between us and God. This is closely related to our belief in the intrinsic equality of all people, and that there is “that of God in everyone”. As a consequence of these basic beliefs, Sunday masses or services became unprogrammed “Meetings” held mostly in silence, with
Read more